Melt-in-the-mouth is never more the case than with Viennese biscuits or Viennese whirls or any variation on this classic biscuit. They can be served simply dusted with icing sugar, dipped in chocolate or sandwiched together with jam and a little vanilla buttercream – although they can take any flavour combination within!

Cinnamon & orange Viennese biscuits: a selection of shapes and sizes 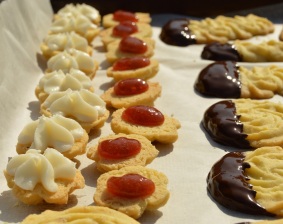 I went for several shapes and sizes with this batch but they can, of course, be all the same.

They are easy biscuits to make, taking about 50 minutes going at a leisurely pace. The only challenge is the piping, although you can get away with using small spoonfuls of the biscuit dough rather than piping if you prefer: they will still taste fabulous.

The mixture must be soft in order to pipe them, so very soft butter from the outset is key.

If the dough feels at all stiff or firm, heat it very carefully in the microwave for a few seconds, give it a stir and repeat – stopping this as soon as the dough is softer. Don’t go over-board, otherwise the dough could start to run or you will lose the definition from the piping in the oven. 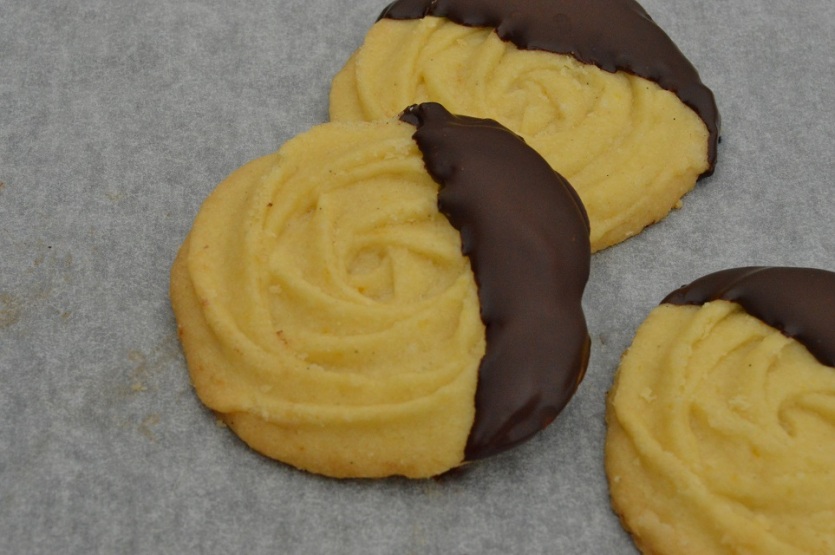 I have flavoured my Viennese biscuits with a little orange zest, ground cinnamon and vanilla bean paste, but a touch of ground ginger would not go amiss: no more than 1 teaspoon for the amount of ingredients given below.

However, for more traditional Viennese biscuits, omit the orange and the cinnamon.

Cinnamon & orange Viennese biscuits: a selection of shapes and sizes

(1) Preheat the oven to 170C(fan). Put the butter, sugar, vanilla extract and orange zest into a bowl and beat for a few minutes until very soft and pale.

(2) Sift the flour, cornflour and cinnamon into the bowl and mix lightly, going for little more than a stir to begin with to bring it together, until you get a soft, smooth dough: this shouldn’t take long at all. Don’t be tempted to over-work it or beat it madly – otherwise the biscuits will be tough and won’t melt in the mouth.

(3) Put the dough into a piping bag fitted with a medium star nozzle and pipe fingers, rosettes or swirls onto the parchment, a little apart: you can pipe them whatever size you want. My photos below show some of my favourite types: not terrible exciting shapes but satisfying nonetheless!

(4) Bake in the pre-heated oven for 12-14 minutes until a pale golden colour with minimal browning: mini rosettes or other small shapes might take about 9 minutes or just under.

(5) Remove from the oven and leave on the baking trays for a couple of minutes. Carefully transfer the biscuits to a wire rack to cool fully: a palette knife is ideal here. 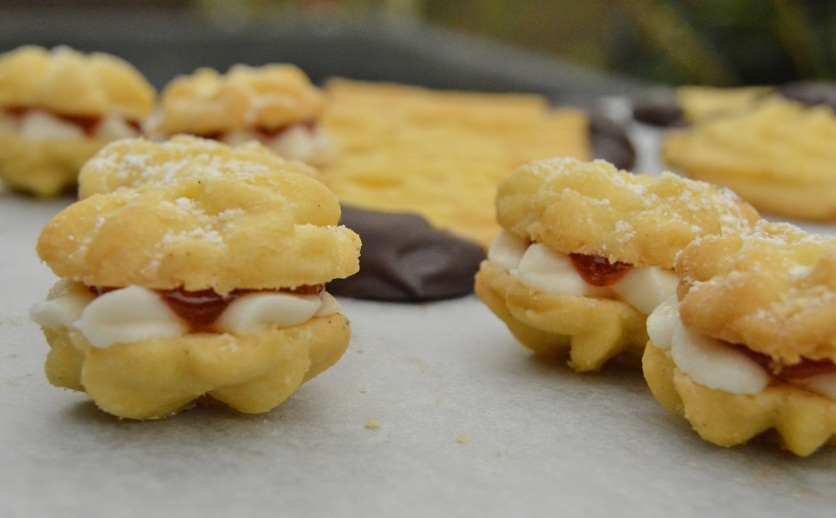 (6) Decorate the biscuits however you want: