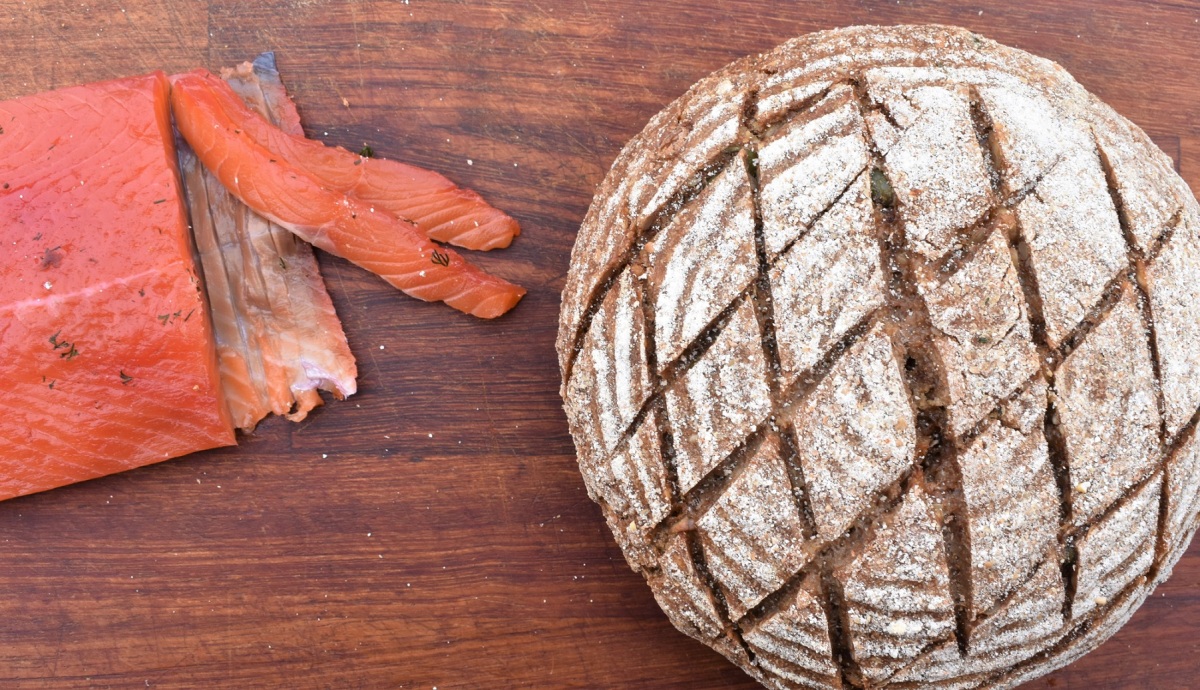 Rye bread is something of an acquired taste; some people avoid it, but others, like me, love its dense, slightly chewy qualities with its pronounced flavour.

This is my rye bread I have been making for several decades, with little jewels of walnuts and seeds within. Rye bread is also one of the simplest breads to make, being a very forgiving beast. 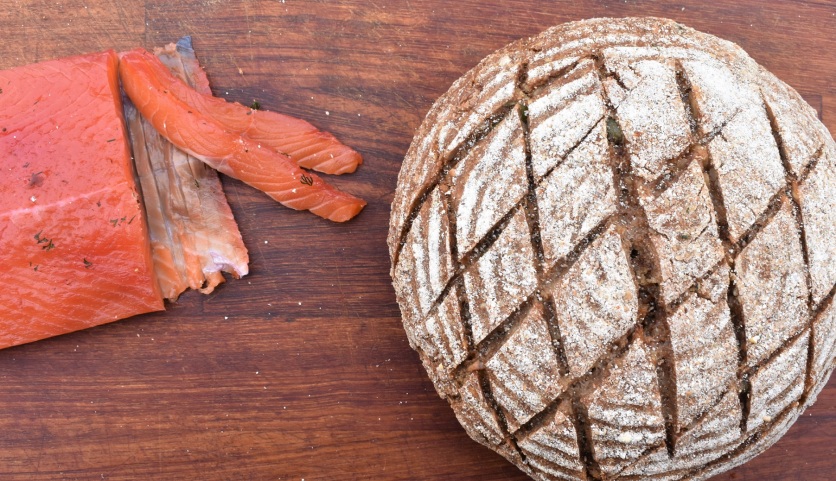 For me I love my rye bread sliced, generously buttered and served with a good quality smoked salmon: it takes me to a VERY happy place indeed!

This is a wonderful way to add flavour though. Adding a little boiling water to some of the flour will instantly gelatinise the flour so it goes translucent and sticky. This will allow the dough to absorb more water, adding lightness (even in a rye bread!) but also improves the flavour.

Whenever I scald flour in this way for bread -and it’s mainly with rye breads, and occasionally other breads – I tend to scald up to about half of the flour. That, for me, gives the best overall finish.

(1) Mix the flours together and put half into a separate bowl.

(2) Add the boiling water to one of the bowls of flour and stir well until it comes to a putty-like mass: it will be quite sticky, so when it’s cool enough to handle go in there with your hands and squeeze it all altogether. Leave until barely warm.

(3) Add the yeast, salt, seeds and black treacle to the other bowl and stir well. Add the lukewarm water and mix to give a dough.

(4) Mix the two doughs together, squishing it to blend well. Cover and leave at room temperature overnight. It doesn’t need kneading.

(5) Turn onto a lightly rye-floured surface and lightly knead to give a smoothish ball. Pop into a floured banneton, cover and leave a few hours until a bit more risen: it won’t rise as much as standard bread (perhaps about a quarter or so) but it will feel a little bit lighter.

(6) Turn the dough onto a baking sheet that has been lined with greaseproof and make a few slashes over the top with a sharp knife going about a centimetre or so into the dough.
NB: with rye bread, as it bakes it doesn’t expand as much as traditional bread so you can even make lots of cuts or intricate designs which will be preserved when it bakes.