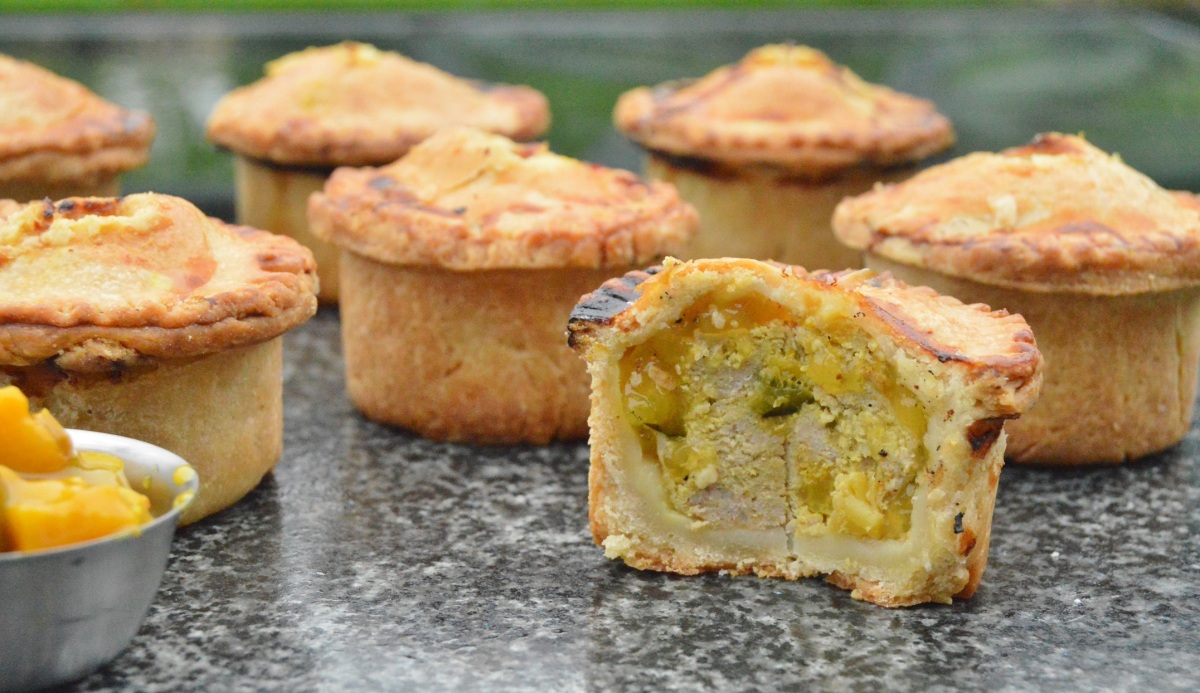 I loved making my ultimate pie during “pie week” on Britain’s Best Home Cook, and as expected there was much debate among us contestants (as well as among the judges) regarding whether a pie needs a bottom as well as a top…..

Personally, I am in the “I really don’t mind as long as it tastes good” camp!

I was pleased with my chicken, mushroom and tarragon pie – which really is one of my favourite pies to eat – but I had many other ideas floating around for my choice of pie.

This recipe is for one of my other favourite pies. Pear, Stilton and piccalilli are such good partners anyhow, and they work particularly wonderfully in a pie with a crisp, melt-in-the-mouth pastry.

A jelly with flavour, rather than what is often rubbery blandness, is crucial: well I think so anyway! 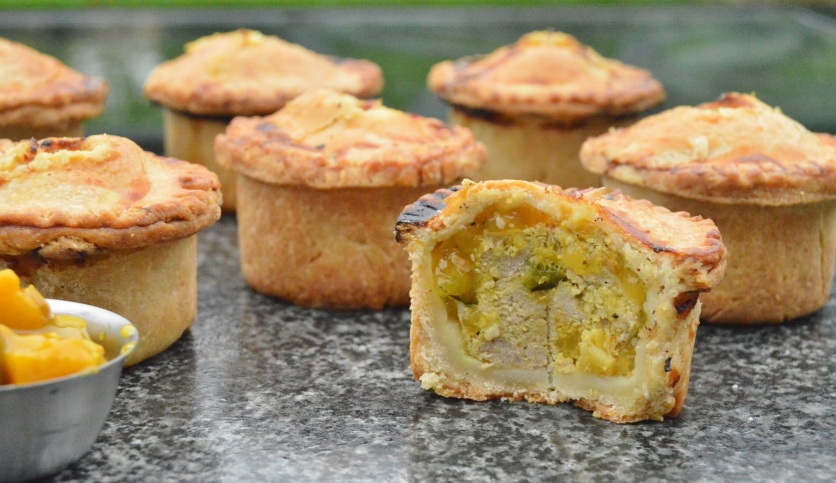 All manner of fillings & flavours

My penchant is very much for pork pies that incorporate chutneys and other goodies other than just pork. A few added flavours and textures such as pistachios, chopped apricots, apples, herbs and the like can transform a pork pie into something quite majestic.

As I do with my sausage rolls, the use of a little cheese, more as a seasoning than making them overly cheesy, is a great addition. 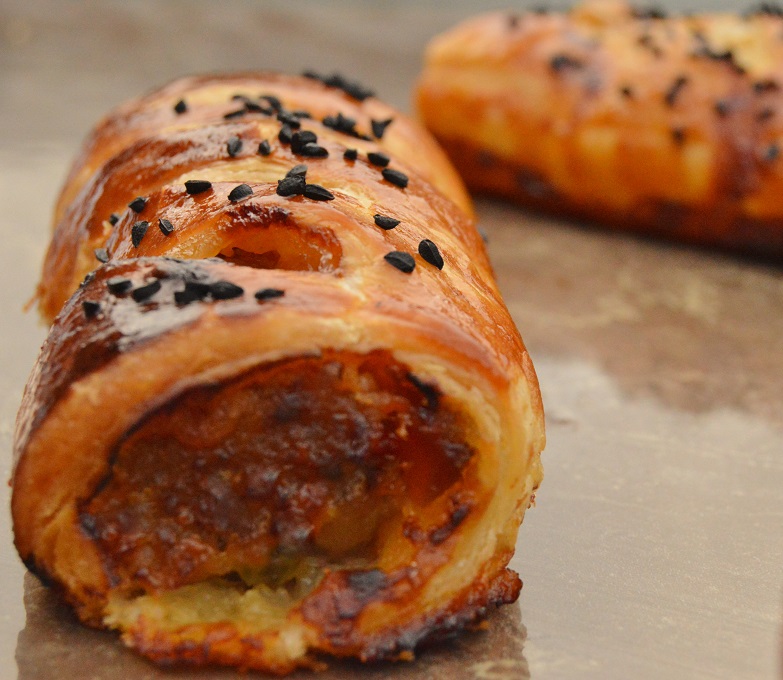 For these pies, I have minced the pork, but you can have the meat coarsely chopped if you prefer.

Favourite flavour variations of mine include:

By far the easiest way to shape is to use mini loose-bottomed Victoria Sandwich tins with vertical sides for individual ones. You could also use a couple of individual ramekins (well greased). 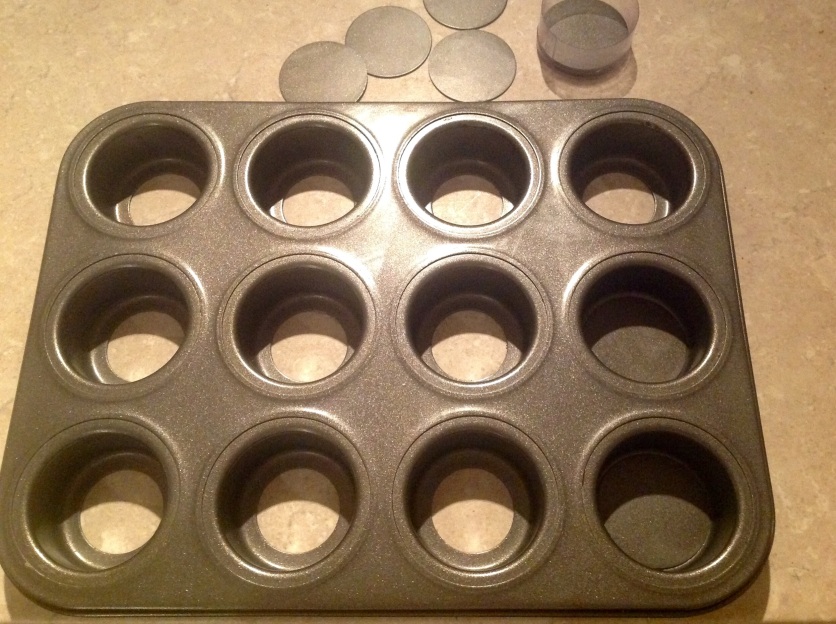 For larger pork pies, line the inside of deep spring-form cake tins, coming up just above the rim in each case and gently flattening around the rim to give a lip onto which the lid will stick with ease.

However, if you want to do down the free-form approach you need to mould the pastry up a cylindrical object. This can be more of a challenge but it is quite fun.

These are then ready for filling: place enough of the mixture to form a gentle dome over the top of each pastry shell before adding a circle of pastry, sealing and making a hole on top. The back of a fork pushed gently around the seal adds a nice visual touch.

(1) Mince the meats and the onion together (or pulse in a food processor to a coarse paste) and place in a bowl. Add the rest of the filling ingredients, and mix together well: fry off a little of the mixture to check the seasoning. Cover and set aside until needed.

(2) Make the pastry: put the flours, salt and mustard powder in a bowl and mix together. Heat the water, lard and butter in a small pan until the fats have just melted. Stir together and pour most of this over the flour, mixing well to form a smooth dough, adding more if necessary: it will be very soft but it should just hold its shape. Cover and leave for about 15 minutes to cool down a bit – this makes it easier to shape.

(3) Take small balls of the pastry and roughly flatten out. Place inside mini vertically-sided cake tins that have been lightly greased and ease it up over the tops a little, flattening around the rim to form a narrow lip. Brush the top of the pastry lip with the beaten egg.

(4) Put the mixture into each pastry shell, making sure you don’t pack it in too tightly.

(5) Roll out or pat out the remaining pastry to a circle a little more than the diameter of the tins. Place the lids on top and seal: squeeze together and either crimp, use the back of a fork or leave it as it is! Make a hole in the centre of the lid and brush all over with the beaten egg.

(7) Leave the pies for about 5 minutes in the tins and then gently ease them out of the tins: if you wait until they have cooled before removing them, the juices that will have leaked out of the hole on top during the bake will set firm, making it harder to remove them. You can return the pies to the oven for about 10 more minutes to darken around the sides if necessary. Leave the pies to cool and then chill them for a few hours.

(8) While the pie is chilling, make up the jelly: heat the liquid in a small pan with the peppercorns, bay leaf and clove and leave to infuse until the pie is completely chilled.

(9) Once the pie has chilled down, strain the flavoured liquid, heat gently and stir in the gelatine until it has dissolved. Slowly pour it into the holes using an up-turned piping nozzle for ease: after a little of the liquid has been poured in, leave it for a few moments to settle a bit before adding more of the liquid. Repeat until no more liquid can be added. Return the pie to the fridge and chill for several hours or overnight until the jelly has set.